A survey conducted by the Pew Research Center shows that Instagram, Snapchat, and TikTok use have increased since 2014 and 2015 among teen users. Facebook use has decreased steadily.

The Pew authors of the survey gathered data from a sample of 1,316 American teens aged 13 to 17 and one parent per teen.

“YouTube tops the 2022 teen online landscape among the platforms covered in the Center’s new survey, as it is used by 95% of teens,” the authors wrote in their report. 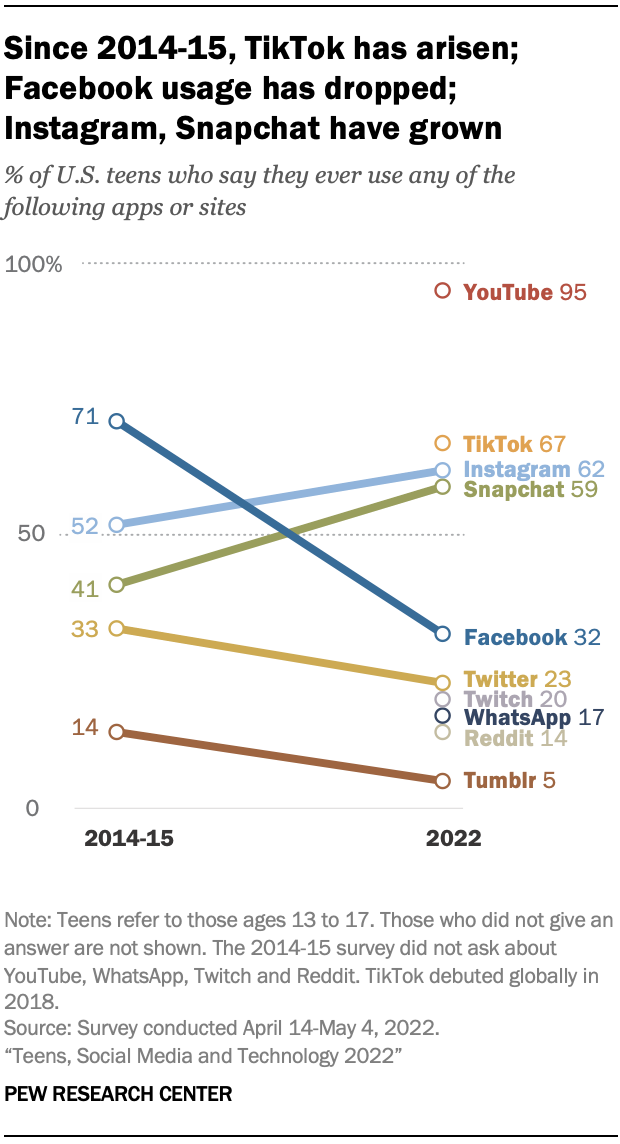 “TikTok is next on the list of platforms that were asked about in this survey (67%), followed by Instagram and Snapchat, which are both used by about six-in-ten teens. After those platforms come Facebook with 32% and smaller shares who use Twitter, Twitch, WhatsApp, Reddit and Tumblr.”

The survey also determined that 54 percent of teens would find it hard to give up social media use. Black and Hispanic teens are reportedly more likely than White teens to say they are online almost constantly.