Over the last few decades, the American public’s confidence in scientists has managed stability. In a recent survey, researchers found that people in the medical community are regarded as more trustworthy than military personnel, religious leaders, journalists, business executives, and even elected officials.

The survey, conducted by Pew Research Center, involved the interests of U.S. adults in late-April 2020, during the early phases of the coronavirus pandemic. 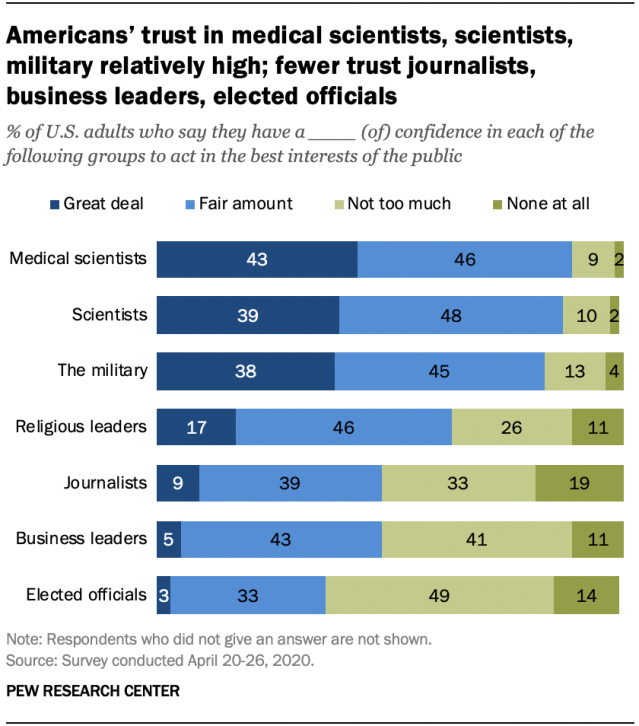 According to the study’s co-authors, nearly nine-in-ten American respondents have favorable views of medical scientists.

“By contrast, about half of Americans have not too much or no confidence in journalists or business leaders (52% each) to act in the public interest. Public trust in elected officials also is comparatively low; a majority (62%) say they have little or no confidence in them,” the co-authors stated in their report.

In past research from Pew Research Center, they came to similar determinations, showing stability in the scientific community’s confidence to lead since the 1970s. 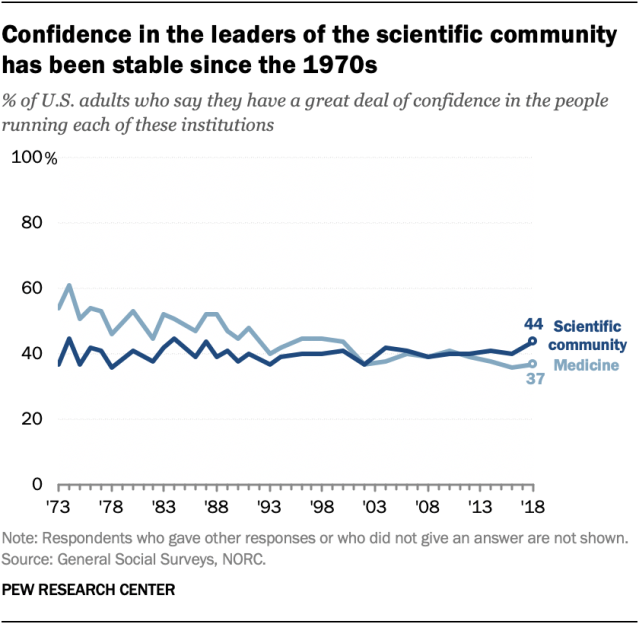 Microglia may decrease the severity of epileptic seizures