Since the SARS-CoV-2 pandemic gripped the world in 2020, Americans have been paying more attention to science news in recent years compared to 2017.

According to the Pew Research Center, a survey conducted between November and December 2021 revealed that more than half of US adults, or 56% of the sample, reported discussing science news with others at least a few times per month.

Almost a quarter of those polled said they discussed science news at least a few times per week.

“Americans’ engagement with science news in everyday discussion is higher than in a 2017 Center survey, when 44% said they talked about science news with others at least a few times a month,” the Pew report states.

“Overall, three-quarters of Americans express some level of interest in following news about science, according to the 2021 survey. About a quarter (27%) say they are very interested in science news, while another 48% say they are somewhat interested,” the report also reads. 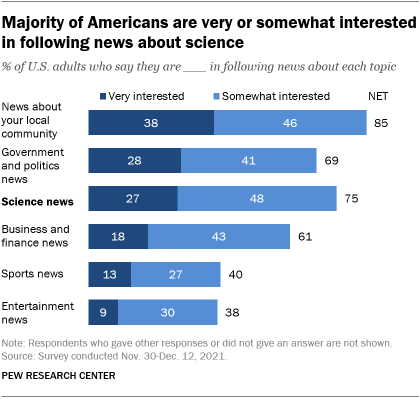 The Pew report was published online on November 10, 2022.