A recent survey by the nonpartisan think tank Pew Research Center has unveiled that most Americans support the role of the U.S. as a global leader in science. But a portion of Americans believe that their country is losing ground on a global basis.

“Large majorities of Americans value government investments in the scientific enterprise and consider it important for the United States to be a world leader in scientific achievement,” the Pew authors wrote in their report.

“However, on the heels of a global coronavirus outbreak that put scientific research and understanding in the spotlight, few believe the pace of scientific development in the U.S. surpasses that of other countries around the world.” 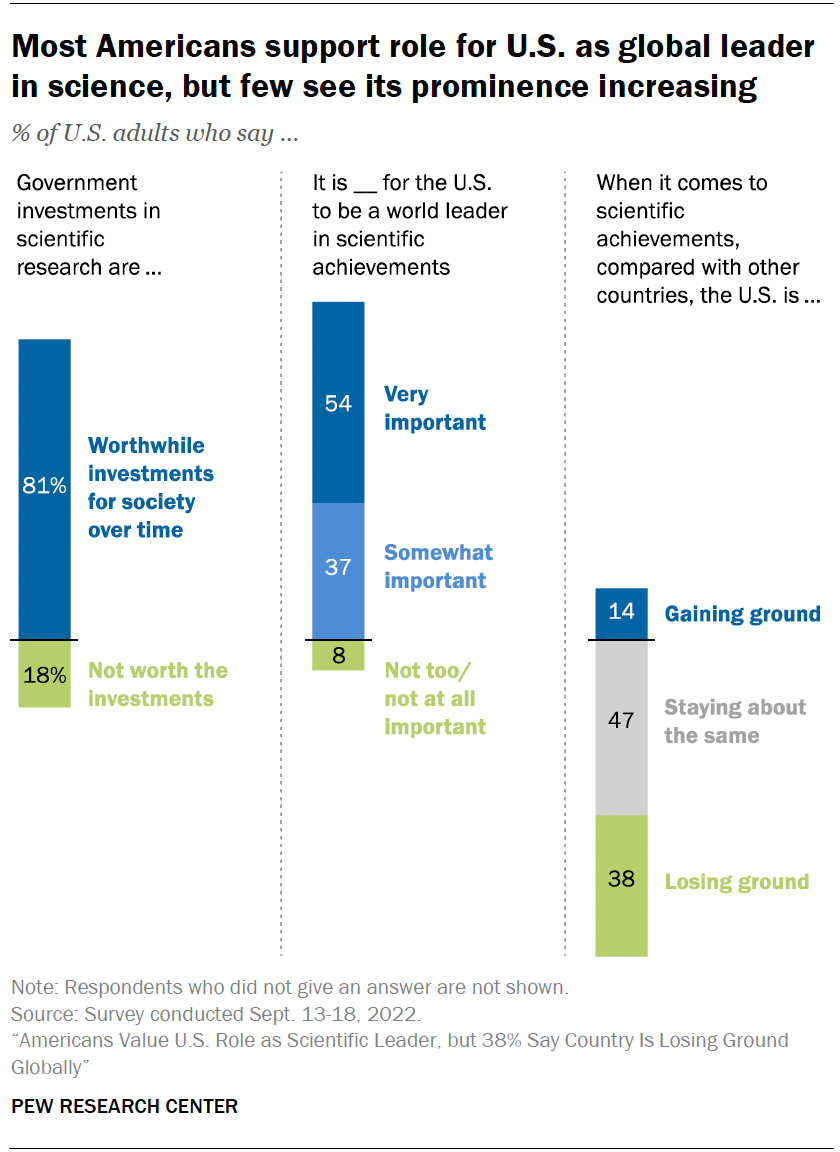 Both major political parties in the U.S. express a shared sense that their nation is not in par with global scientific advances compared with other leading nations.

In fact, the Pew survey found that leftists, or Democrats, are more likely than Republicans to support an active policy role for scientists.

“A majority of Republicans and independents who lean to the GOP (70%), believe that scientists should stay out of public policy debates and focus instead on establishing sound scientific facts,” the Pew authors explained in their report.

The survey also uncovered that Americans’ trust in scientists remained steady over the past year amid a global pandemic.