According to a recent Pew Research Center report, three-in-four across 19 countries believe that global climate change remains a leading threat to their country.

The survey found that 75 percent of respondents who participated in Spring 2022 perceived climate change as a major threat, while 19 percent believed it was a minor threat.

“Among the many threats facing the globe, climate change stands out as an especially strong concern among citizens in advanced economies,” the Pew authors explained in their report.

“A median of 75% across 19 countries in North America, Europe and the Asia-Pacific region label global climate change as a major threat.”

In comparison to global climate change, the spread of false information online remains the second biggest concern across 19 countries, based on the survey’s findings. 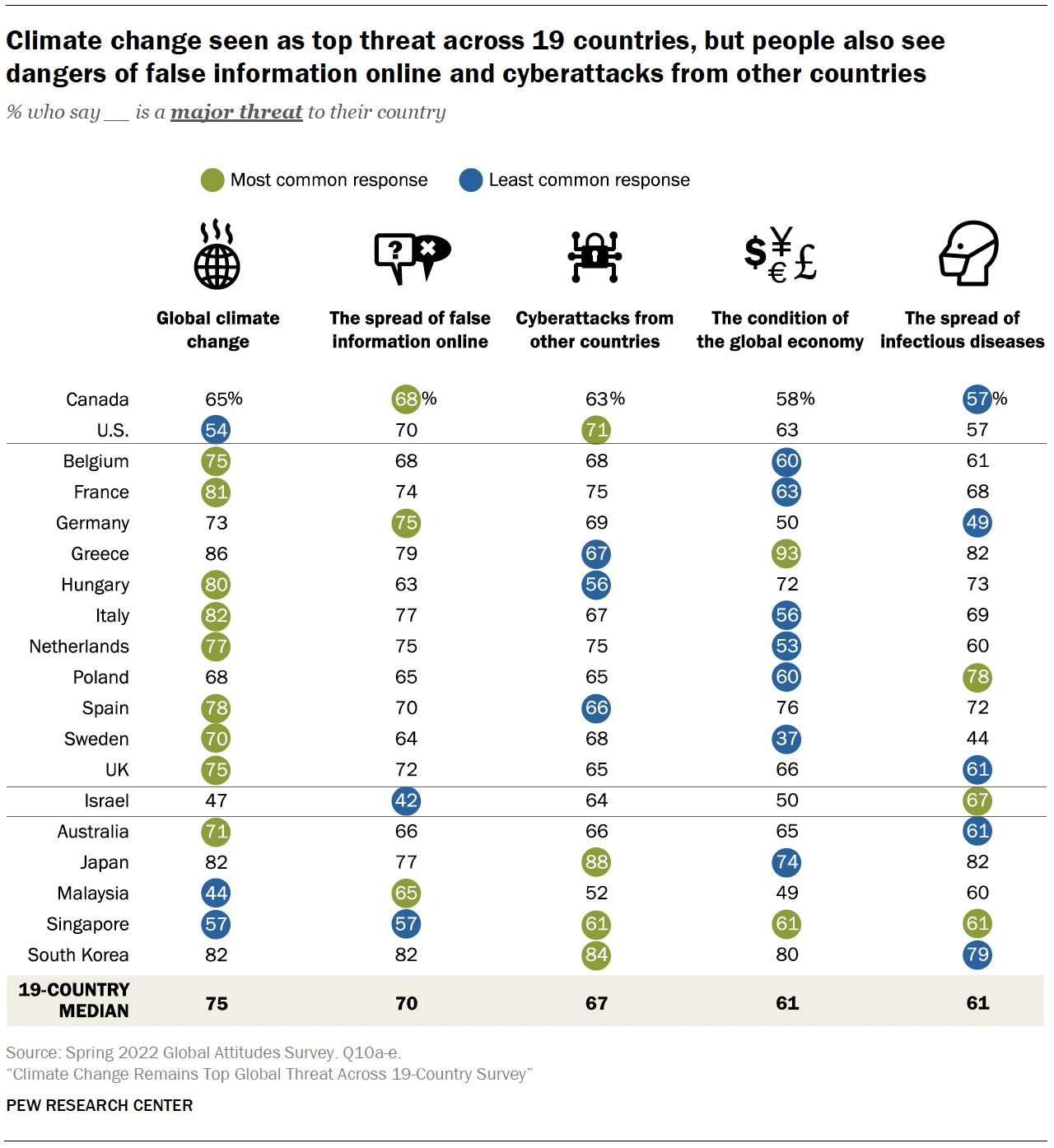