“While support for the Black Lives Matter movement varies considerably between teens and adults, similar shares of 13- to 17-year-olds and young adults ages 18 to 29 express at least some support for the movement,” according to the Pew authors. 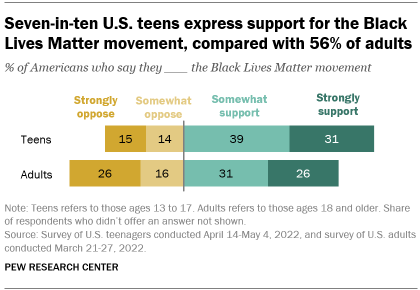 In the report, it was determined that eight-in-ten Black adults support the movement while two-thirds of Hispanic adults and half of White adults do.

The Pew report can be read by clicking here.