After the murder of a mid-aged American named George Perry Floyd, most Black Americans believe national attention on racism has increased but no changes that improved their quality of life. More than 6,500 U.S. adult respondents participated in the study.

According to the Pew Research Center, 65 percent of Black respondents from their recent survey believed no improvements have occurred to mitigate racism. 44 percent said racial equality in America is likely not achievable.

From the survey: “Black Americans are concerned about racial discrimination and its impact. Roughly eight-in-ten say they have personally experienced discrimination because of their race or ethnicity (79%), and most also say discrimination is the main reason many Black people cannot get ahead (68%).”

“Even so, Black Americans have a clear vision for how to achieve change when it comes to racial inequality,” the Pew authors wrote in their report.


“This includes support for significant reforms to or complete overhauls of several U.S. institutions to ensure fair treatment, particularly the criminal justice system; political engagement, primarily in the form of voting; support for Black businesses to advance Black communities; and reparations in the forms of educational, business and homeownership assistance.” 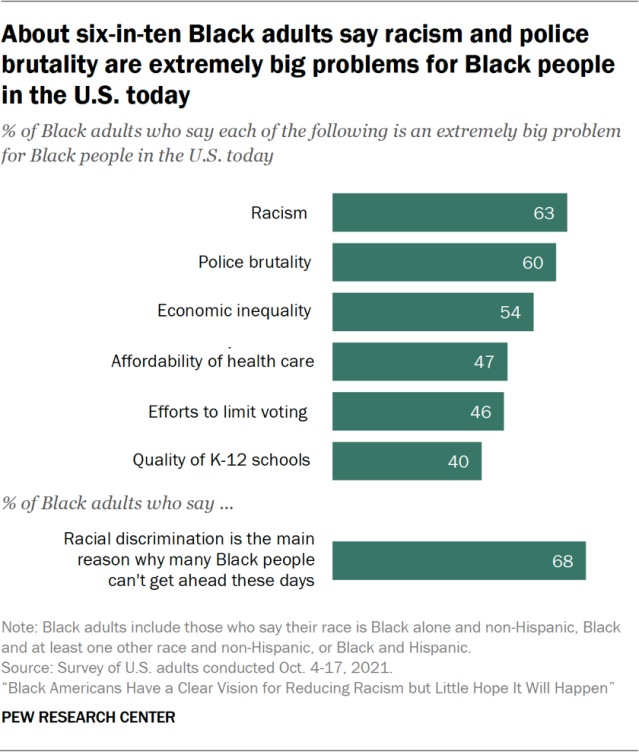