According to a Pew Research Center survey, journalism in America is fraught with a sense of uncertainty and turmoil.

The survey showed that 77 percent of respondents included would choose their career all over again, while 57 percent reported being concerned with future restrictions on press freedom.

In the same survey, 71 percent of respondents also reported that made-up news and information are a very big problem for the country.

The data was gathered between February and March of 2022. 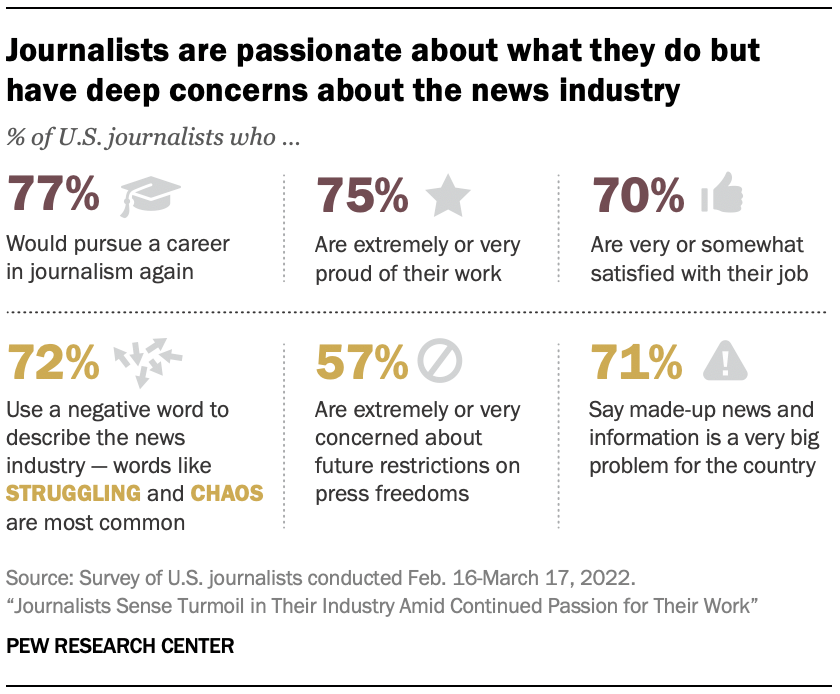 “The survey of 11,889 U.S. journalists, conducted Feb. 16–March 17, 2022, identified several specific areas of concern for journalists, including the future of press freedom, widespread misinformation, political polarization and the impact of social media,” the Pew authors explained in their online report. 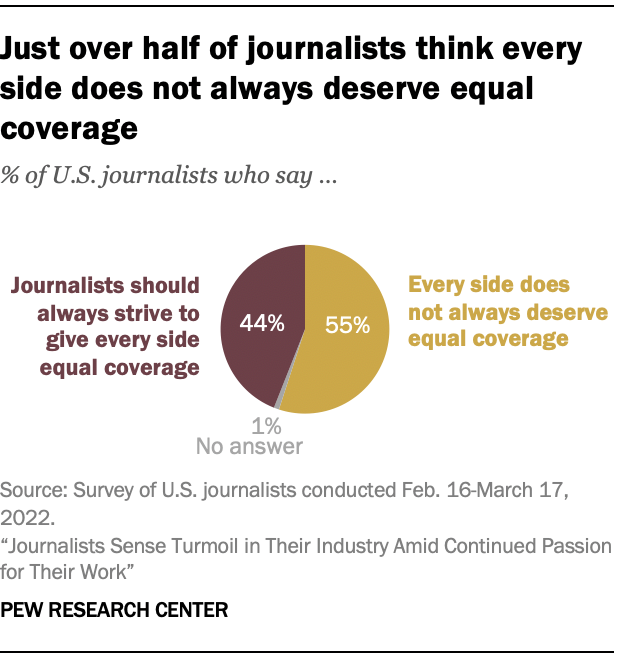