In the midst of a past pandemic, public confidence in scientists and medical scientists has decreased over the last year, according to new research by the Pew Research Center.

The survey, conducted between November 30th and December 12th, 2021, found that only 29 percent of American adult respondents expressed a great deal of confidence in medical scientists. In 2020, 40 percent expressed a similar notion.

“Similarly, the share with a great deal of confidence in scientists to act in the public’s best interests is down by 10 percentage points (from 39% to 29%),” the survey found.

The Pew survey also showed that scientists were not the only group of people whose confidence ratings decreased over the last year. The data indicated that Americans’ confidence in the military to act in the public’s best interests had decreased. 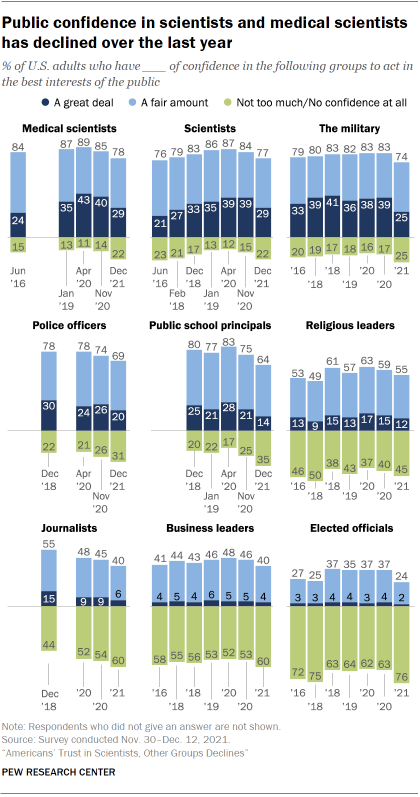 “The survey was fielded Nov. 30 through Dec. 12, 2021, among 14,497 U.S. adults, as the omicron variant of the coronavirus was first detected in the United States – nearly two years since the coronavirus outbreak took hold,” the survey stated.