According to a new survey by the Pew Research Center, many Americans are neutral about the decrease in populants who identify their race as White, neither portraying its decline as good nor bad for society. 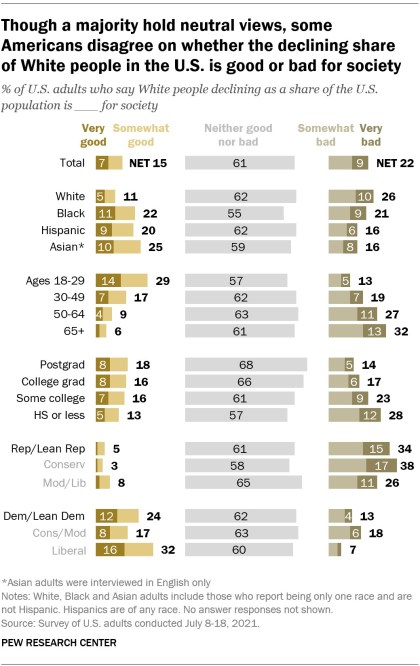 Moreover, the Pew survey also found that the majority of White adult respondents shared nearly similar views about the decline of White people in the U.S.

“About six-in-ten White adults of all ages say the declining share of White people in the population is neither good nor bad for society,” the Pew survey also showed. “But about a third of White adults 65 and older (35%) say it is bad for society, while just 13% of those under 30 say the same.” 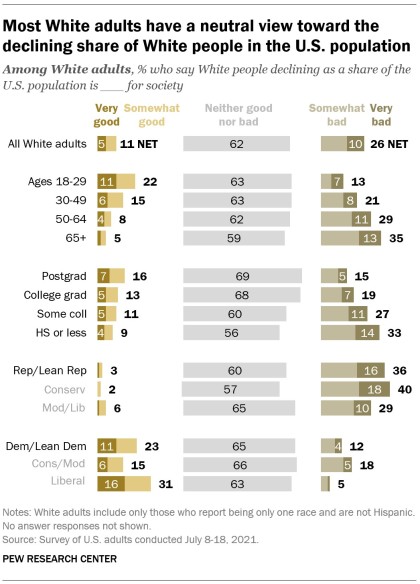