A survey released by the Pew Research Center found that the majority of Americans favor the death penalty in spite of many speculating that the execution of innocent people is likely.

In the survey, 64 percent of respondents agreed that when an individual commits a crime of murder against another person, the death penalty is morally justified.

The survey was conducted in April 2021. 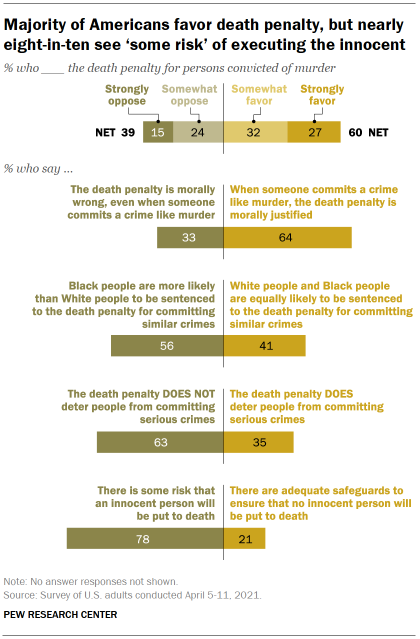 “The survey, conducted April 5-11 among 5,109 U.S. adults on the Center’s American Trends Panel, finds that support for the death penalty is 5 percentage points lower than it was in August 2020, when 65% said they favored the death penalty for people convicted of murder.”

“Republicans and Democrats also differ over whether the death penalty is morally justified, whether it acts as a deterrent to serious crime and whether adequate safeguards exist to ensure that no innocent person is put to death,” the Pew data also found.