In America, nearly half of the respondents of a survey viewed gun violence as a significant problem.

According to the Pew Research Center, a nonpartisan think tank, around 48 percent of respondents surveyed throughout the second week of April 2021, believed that gun violence was a very big problem in their country.

Only 24 percent viewed it as a moderately big problem, while 22 percent said it is only of minor concern. 6 percent saw no concern whatsoever with gun violence, however.

“That’s comparable to the share who say the same about the federal budget deficit (49%), violent crime (48%), illegal immigration (48%) and the coronavirus outbreak (47%). Only one issue is viewed as a very big problem by a majority of Americans: the affordability of health care (56%),” the Pew data states.

“Another 24% of adults say gun violence is a moderately big problem. About three-in-ten say it is either a small problem (22%) or not a problem at all (6%).” 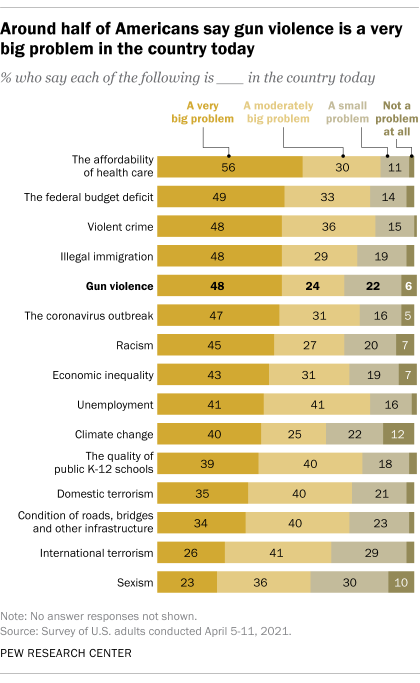 Gun violence is not a bipartisan issue, with its concern varying by race, ethnicity, and political affiliation.

“Attitudes about gun violence differ widely by race, ethnicity, party and community type. About eight-in-ten Black adults (82%) say gun violence is a very big problem – by far the largest share of any racial or ethnic group. By comparison, about six-in-ten Hispanic adults (58%) and 39% of White adults view gun violence this way. (Due to sample size limitations, data for Asian Americans is not available.),” the Pew authors wrote in their report.

“Democrats and Democratic-leaning independents are far more likely than Republicans and GOP leaners to see gun violence as a major problem (73% vs. 18%). And nearly two-thirds of Americans who describe their community as urban (65%) say the same, compared with 47% of suburbanites and 35% of those who live in rural areas,” the Pew report also states. 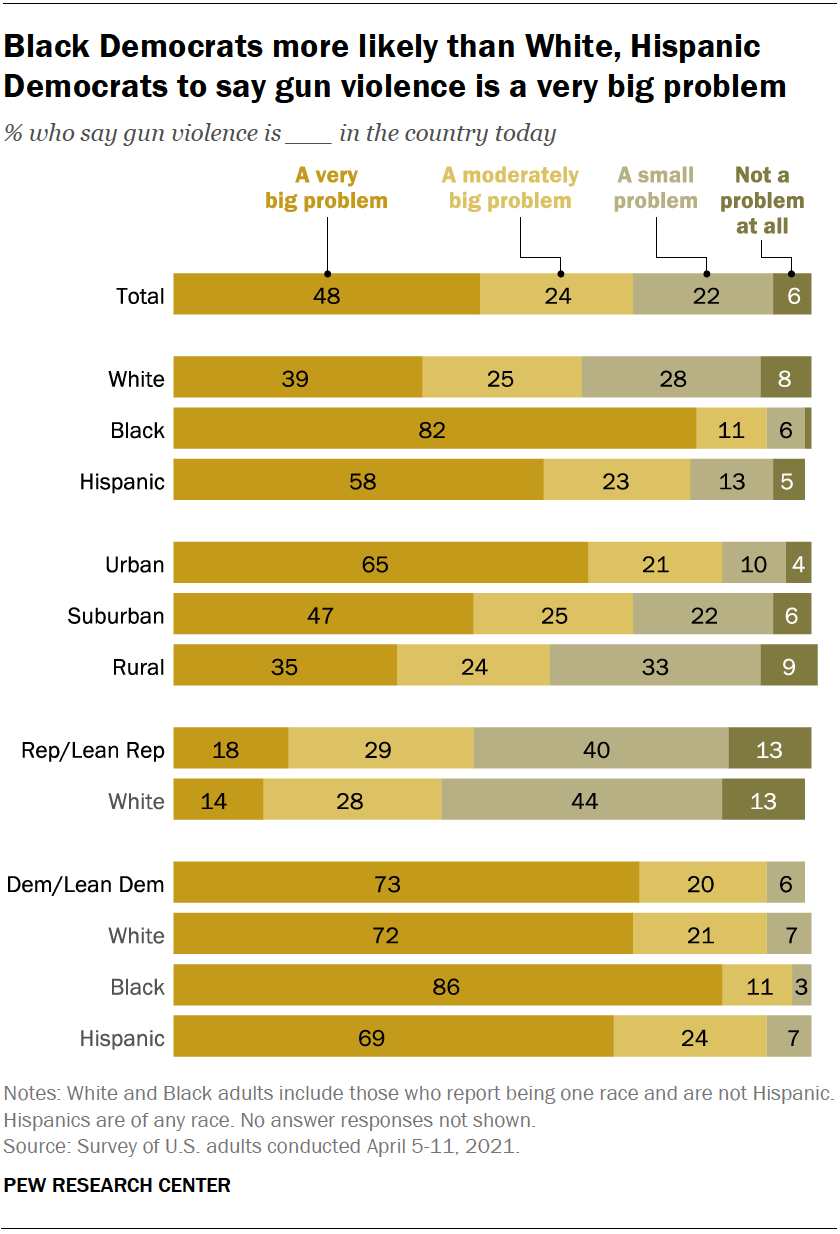