In America, the immigration system is in need of major revamping, according to a majority of Latinos, a new survey by the Pew Research Center shows.

Conducted in March of 2021, a majority of respondents in the survey said major changes to the U.S. immigration system are required, while nearly a quarter of respondents suggested that it needs to be completely rebuilt.

Democrats, or left-leaning advocates, were more likely to side with the notion of revamping the system. 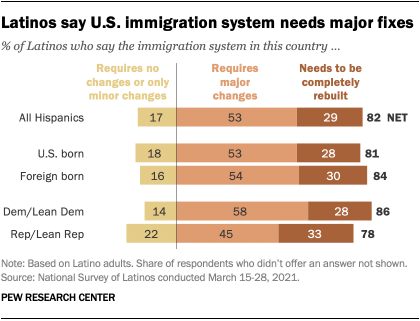 Moreover, a vast majority of Latinos are aware of the surge of children and families at the border, who are seeking asylum in the U.S.

“The vast majority of Hispanics in the U.S. say they have heard a lot (52%) or a little (39%) about the increase in children and families seeking asylum at the U.S.-Mexico border. However, relatively few Hispanics say the U.S. government has done a very good (5%) or somewhat good job (31%) of dealing with the influx,” the Pew authors also concluded. 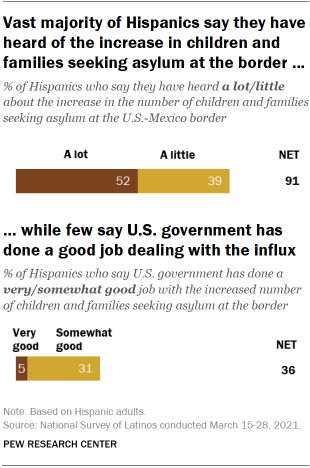