According to the Pew data, nearly 90 percent of American adult respondents in a survey expressed relatively negative views toward China, perceived as a competitor rather than an ally.

The same survey also showed strong advocation for the promoting of human rights and resolution to economic issues. 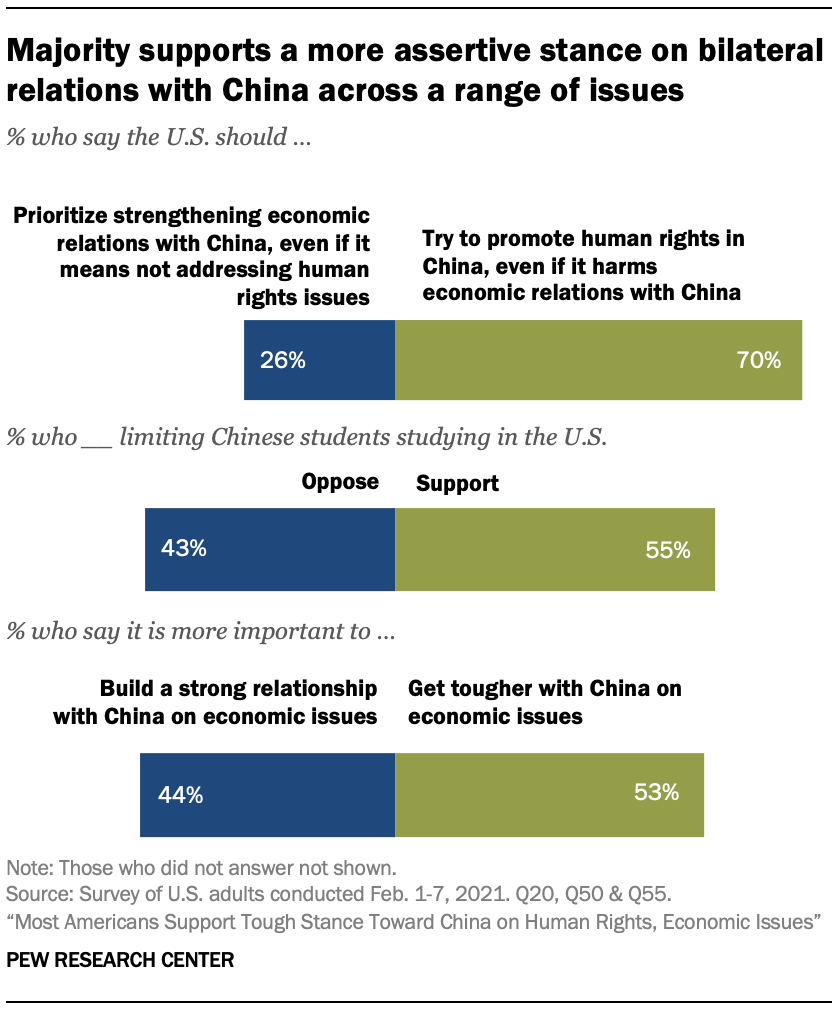 “Today, 67% of Americans have “cold” feelings toward China on a “feeling thermometer,” giving the country a rating of less than 50 on a 0 to 100 scale. This is up from just 46% who said the same in 2018,” the Pew authors stated in their report.

“The intensity of these negative feelings has also increased: The share who say they have “very cold” feelings toward China (0-24 on the same scale) has roughly doubled from 23% to 47%.”

“As President Biden seeks to navigate this tumultuous relationship, few Americans put much stock in his Chinese counterpart, President Xi Jinping,” the Pew report determined. “Only 15% have confidence in Xi to do the right thing regarding world affairs, whereas 82% do not – including 43% who have no confidence in him at all.”

Obesity was a major risk factor in contracting COVID-19