As a first since its creation by the Bulletin of the Atomic Scientists, the Doomsday Clock has become stuck at 100 seconds to midnight.

The closest ever estimation on the clock has occurred as a result of unpreparedness for the ongoing COVID-19 pandemic, increased nuclear threats, and the looming possibility of catastrophe from climatic changes, experts cautioned in a statement on Wednesday. 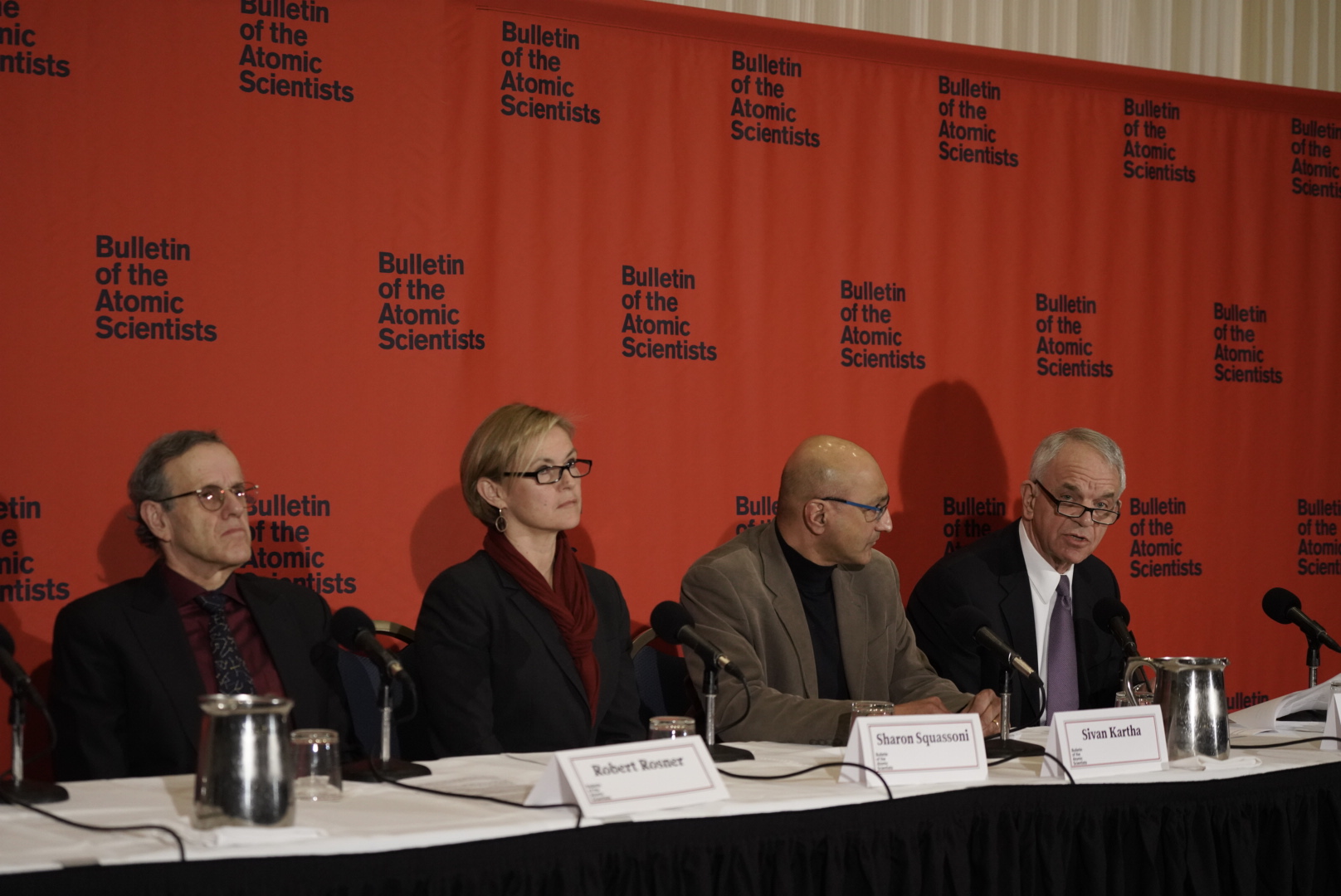 “The lethal and fear-inspiring COVID-19 pandemic serves as a historic wake-up call, a vivid illustration that national governments and international organizations are unprepared to manage the truly civilization-ending threats of nuclear weapons and climate change,” said Rachel Bronson, the leading executive at the Bulletin of the Atomic Scientists, in a news release.

While the latest movement of the atomic clock is not a cause for immediate concern, the creation by atomic experts has been used to forecast the possibility of man-made mutually assured destruction or mass extinction throughout many landmark phases in recent history.

Beginning in 1947, it included the serious threats once posed by the Soviet Invasion of Afghanistan and the Nuclear non-proliferation treaty of 1969. 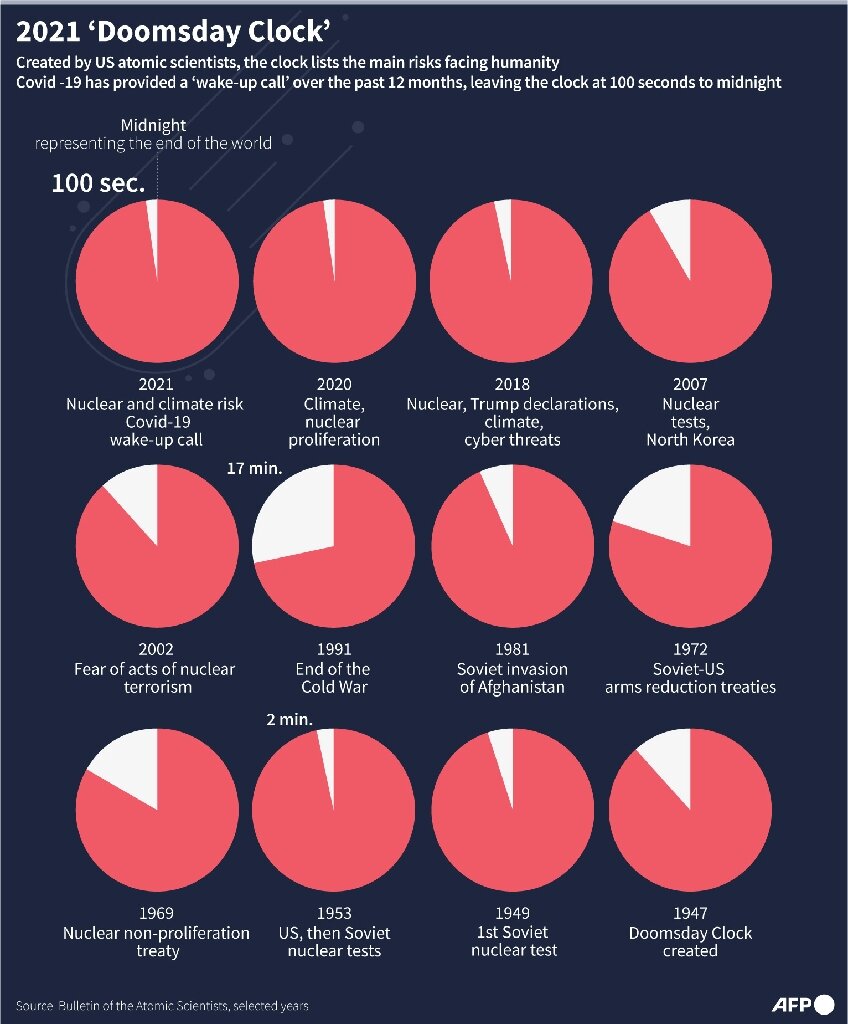 Following the concerning news of the atomic clock, a former governor of California suggested dismantling the use of nuclear weapons or refraining from building more of them — a dire challenge that remains of concern among nations like Iran.

“It is only through collective action and responsible leadership that we can secure a peaceful and habitable planet for future generations,” said Ellen Johnson Sirleaf, the former president of Liberia, in the same news release.