In a recent survey involving 14 nations, the head of Germany’s federal government, Angela Merkel, is acknowledged with more confidence than other world leaders, including more so than Emmanuel Macron, Vladimir Putin, and Boris Johnson.

According to the survey, conducted by Pew Research Center, as many as 75 percent of respondents have confidence in Merkel in world affairs. Merkel’s high praise is evident among majorities in every nation surveyed aside from Italy.

“The six countries where confidence in Merkel is now at its highest level on record are the United Kingdom (where 76% have confidence in her), Canada (74%), Spain and Australia (both 72%), Japan (67%) and the United States (61%),” the Pew Research report states. 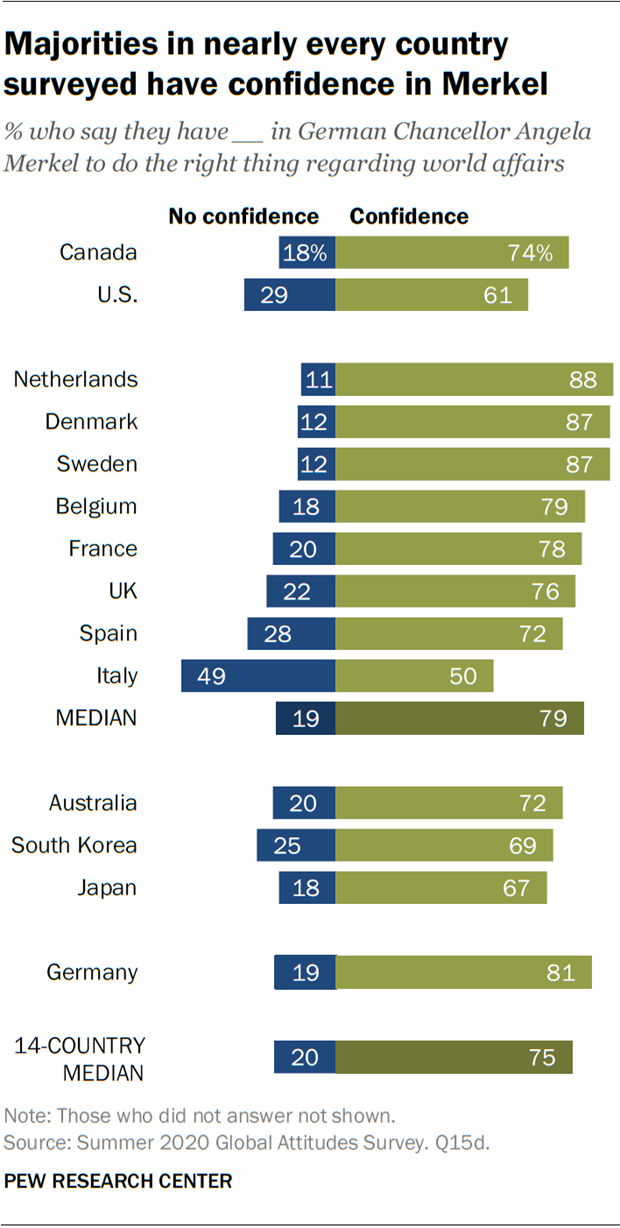 As indicated in the findings, the expression of confidence toward Merkel was measured even as views of Germany as a nation has declined in numerous countries over the years.

Moreover, the Pew Research report also uncovered that respondents with higher educational attainment and of both left and right-leaning ideologies were more likely to praise the German leader. Supporters of the Democratic Party are more in tune with Merkel’s position on the world stage, compared to Republican backers.

“Democrats have become much more likely to express confidence in Merkel over time,” the co-authors wrote in the report.

“Germany has fared relatively well during the coronavirus outbreak. The country has fewer COVID-19 deaths per capita than many other European countries surveyed. And a majority of Germans (61%) say their everyday lives have not changed too much or at all as a result of the outbreak,” the report concluded.