The gender-neutral term known as ‘Latinx’ is being used more often on social media by U.S. lawmakers in recent years, a new analysis by Pew Research Center determined.

According to their study, on social networking sites like Facebook and Twitter, the usage of the term Latinx surged from just 2 percent by members in the 114th Congress to 25 percent during the 116th Congress. Among the political party utilizing the term most is the Democratic party, with Republicans yielding completely from usage, the new report suggests. 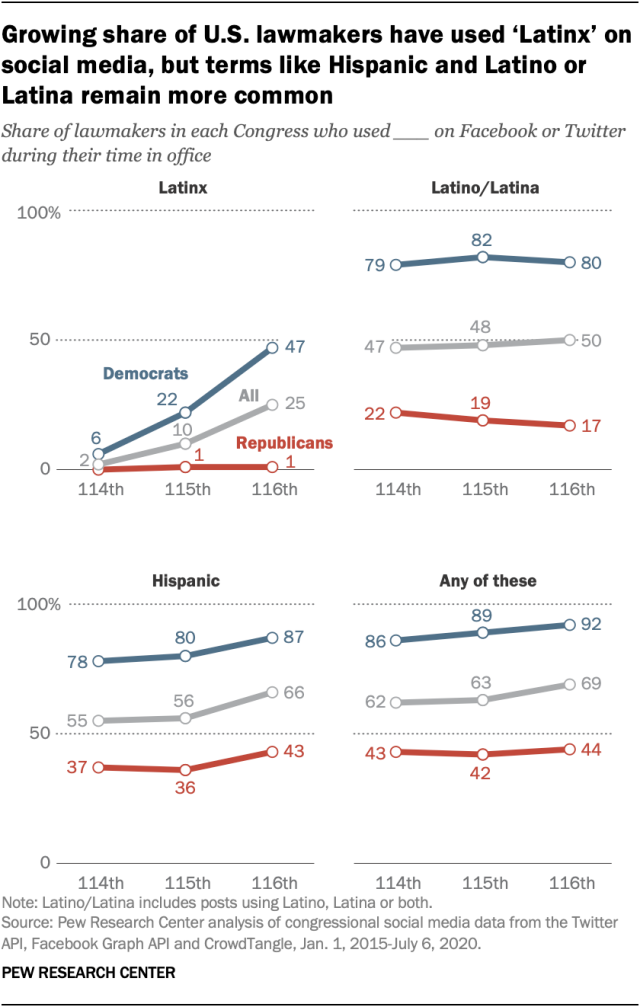 Moreover, although the usage of the term Latinx has increased on social media by lawmakers, the use of the terms Latino/Latina or Hispanic has not diminished but instead has also increased, according to the analysis.

“The share of lawmakers using Hispanic on social media has increased by 11 percentage points since the 114th Congress, while the share mentioning Latino or Latina has increased by 3 points,” the Pew Research analysis showed.

“Lawmakers who use the term Latinx almost universally do so in addition to other terms such as Latino/Latina or Hispanic. Roughly one-quarter (24%) of members of the 116th Congress have used all three terms on social media, but fewer than 1% have used Latinx exclusively.” 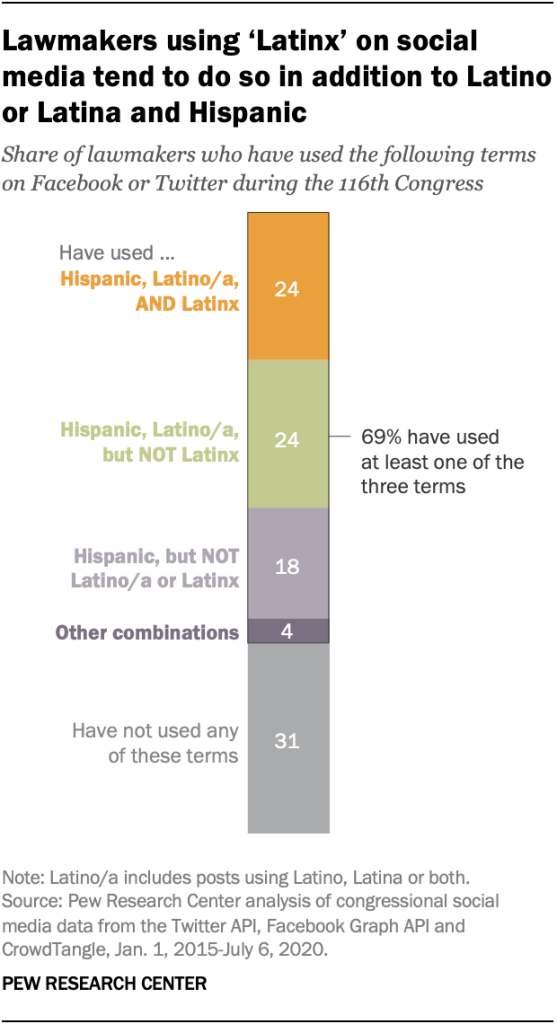