The Taiwanese population may be more supportive and friendly toward U.S. attitudes, more so than of mainland China, a new study claims.

According to Pew Research Center, a US-based think tank, more than 1,500 adult participants in Taiwan took part in a survey conducted between October 16th to November 30th, 2019.

In the survey, the participants were asked for their input on the diplomatic relations between the Asian nation of Taiwan and the U.S.

Based on the results, the Taiwanese public may be purportedly more aligned with having close political and economic ties with the U.S. than mainland China. Essentially, the participants with a solely Taiwanese background rated the U.S. as more favorable than China when it comes to bilateral relations. 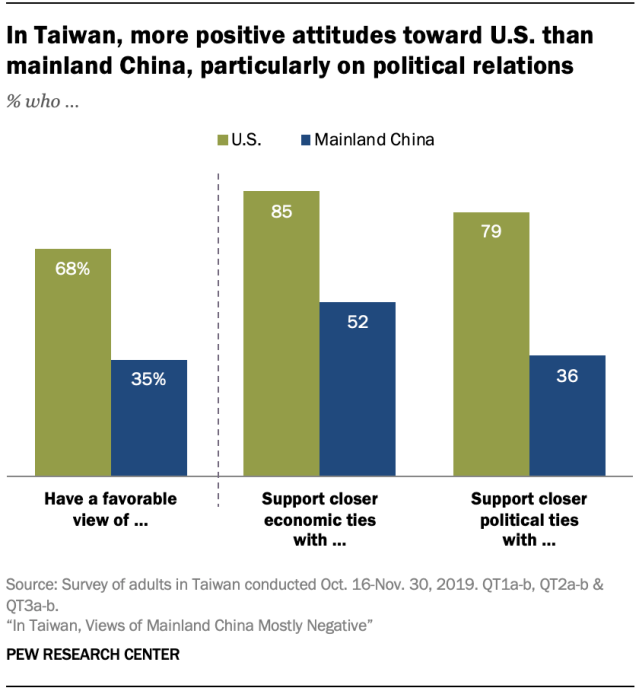 “By a nearly two-to-one margin, people in Taiwan rate the U.S. more favorably than mainland China,” the Pew Research report states. “There is widespread support for increased economic and political ties with Washington; enthusiasm for similar relations with mainland China is much more muted.”

In spite of those findings, a substantial amount of Taiwanese people still regard the relationship with mainland China as crucial, but only advocating for stronger economic ties and not with a political agenda involved.

For Taiwanese respondents, the younger population were more likely to support an increase of US-based relations, as opposed to strengthening their ties with mainland China. 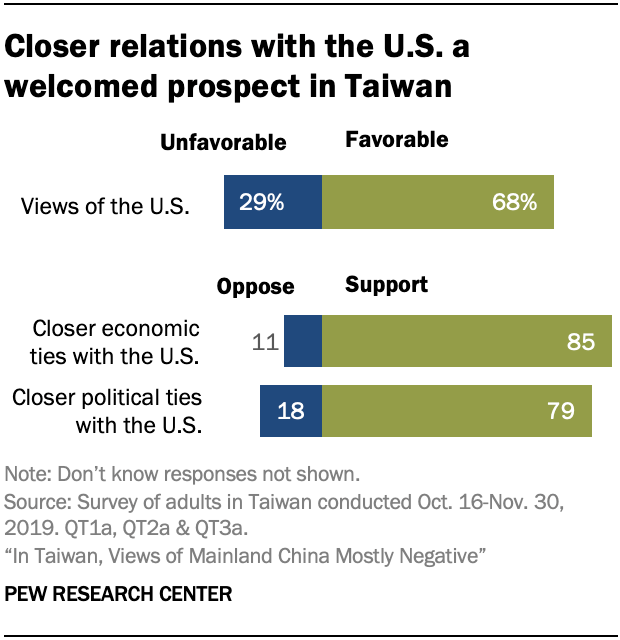 “Only about four-in-ten adults ages 18 to 29 say they would support closer economic ties with mainland China, while 55% of those 50 and older say the same. Among younger people, there is a 50 percentage point difference in support for economic relations with the two countries.”

All in all, the survey showcases the extent to which the Taiwanese people may support stronger relations with Western nations, like the U.S. The endorsement for relations with the U.S. was overwhelmingly strong in many demographical viewpoints: across all forms of age groups, socioeconomic statuses, genders, and political affiliations.

Coffee consumption may be correlated with anti-obesity effects in women