Since the recent outbreak began, left-leaning and conservative news outlets in the US have been primarily responsible for the dissemination of misleading or inaccurate coverage.

In a new survey, however, released online by Pew Research Center, fewer Americans now believe that the mass media is aggrandizing the risks associated with COVID-19.

According to the US-based think tank, 69 percent of the participants surveyed throughout the second half of April 2020 thought the media did well in their coverage of the pandemic.

“Among U.S. adults surveyed from April 20-26, 69% say the news media have covered the outbreak very well or somewhat well, a number that is virtually unchanged from the 70% of respondents who said the same thing in a survey conducted from March 10-16,” the Pew Research report reads.

Among the prevalence of Americans siding with the notion that the news media exaggerated the risks, the overall numbers decreased from 62 percent in Pew Research’s March survey to 48 percent in the new findings.

“That includes a decline in the portion saying the media have greatly exaggerated the risks, from 37% to 24%,” according to Pew Research Center. “At the same time, the portion of respondents who say the media have gotten the COVID-19 risks about right grew by 9 percentage points – from 30% to 39%.” 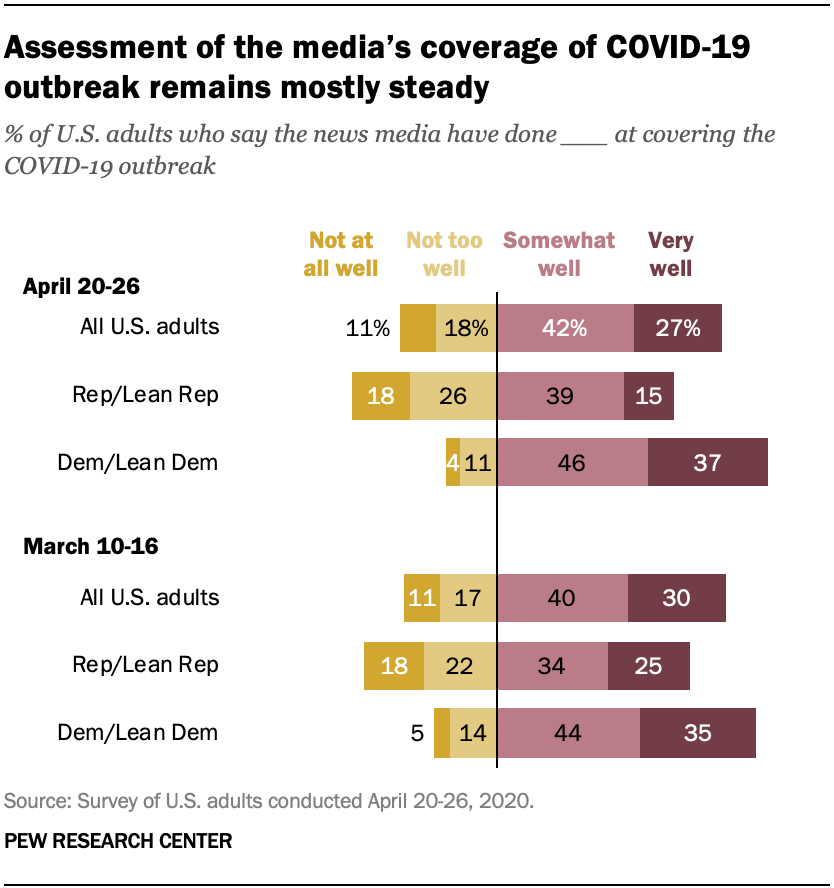 “The partisan chasm on this question grew even larger from March to April. The percentage of both Republicans and Democrats saying the media have exaggerated the risks dropped, with the biggest decrease coming among Democrats,” the new survey concluded.