Since Barack Hussein Obama took the oath as the 44th president of the United States in 2009, as part of a historic election victory, Joseph Biden stood alongside, serving in a presidential capacity for eight years.

In 2020, Biden is seeking the highest office in the executive branch of the federal government, having previously served as a U.S. senator for Delaware before his tenure with Obama.

Despite impressive early-voting results from various primary elections, indicating possible dominance in the general election in November, some Democrats are not conformed with an older white male as the presumptive nominee, but many still back him as their candidate of choice, according to new research.

In a survey, conducted by Pew Research Center, researchers gathered responses from more than 2,000 Democratic or Democratic-leaning voters in the U.S.

Based on their assessment of the respondents, voters considered more likely to negatively perceive the nominee were mostly of younger age, leaned more toward liberalism, and had higher educational attainment.

“Democratic voters who are bothered that the likely nominee is an older white man are more liberal, more educated, younger and more likely to be white than those who are not bothered, according to the survey, which was conducted just after Bernie Sanders suspended his presidential campaign,” the Pew Research survey determined. 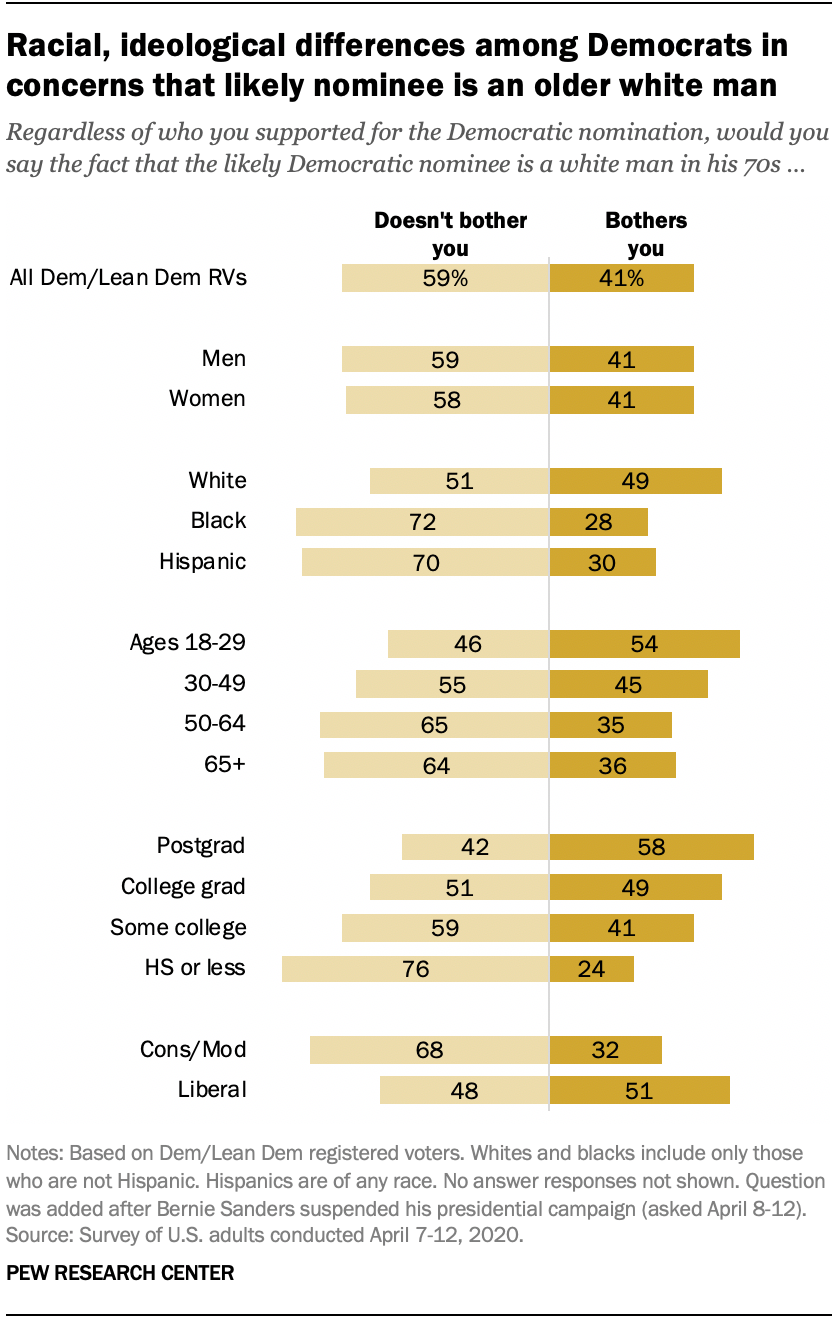 Among the voters with higher educational attainment expressing botherness of the Democratic nominee as an older white man in his 70s, most, or 58%, held a postgraduate degree. Many with no college background or only with some college experience exhibited less annoyance over the characterization of the nominee.

“These views also differ by race and ethnicity. About seven-in-ten black (72%) and Hispanic (70%) Democrats say they are not bothered the likely nominee is a white man in his 70s,” the survey also found. “By comparison, white Democrats are divided on this question: 49% say they are bothered and 51% say they are not.”