Amid the rapid onset of the coronavirus disease, known as COVID-19, public trust in the eyes of the American people has tanked, as detailed in previous studies probing confidence in political, business, and news media leaders.

However, despite such a lack of confidence in key institutions, the general public in the U.S. still holds high regard for medical practitioners and researchers alike, according to a new survey conducted by the US-based think tank Pew Research Center.

Based on the findings, as much as 74 percent of Americans hold favorable standpoints of medical physicians, while only 8 percent share differing views. Among the behavior exhibited by medical physicians considered to be the most favorable includes patient care (57%), recommendations or referrals (49%), and medical accuracy (48%). 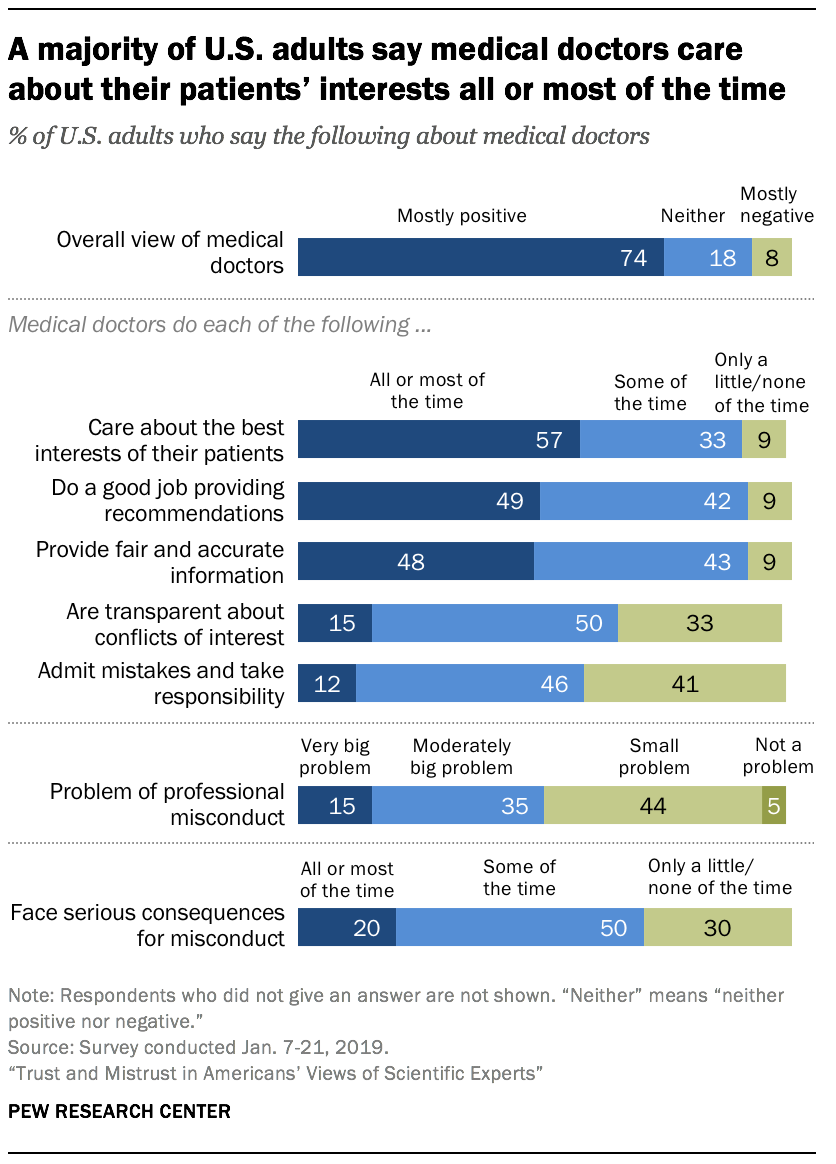 Given the drastically high rates of COVID-19 cases involving older adults, the survey was able to determine that the older population of adults in the U.S. were more likely to exhibit trust in medical physicians compared to younger adults.

“Those ages 50 and older, for example, were more likely than adults under 50 to say medical doctors usually do a good job providing diagnoses and treatment recommendations (56% vs. 42%) and that doctors care about their patients’ best interests all or most of the time (65% vs. 49%),” the survey reads.

Between all responses gathered and analyzed by researchers, it was evident that the results were bipartisan in nature and involved an almost even flow of positive viewpoints toward medical physicians or researchers, regardless of political beliefs. “This differs notably from the public’s evaluations of other societal institutions, especially the news media, where attitudes are deeply polarized along partisan lines,” researchers noted. 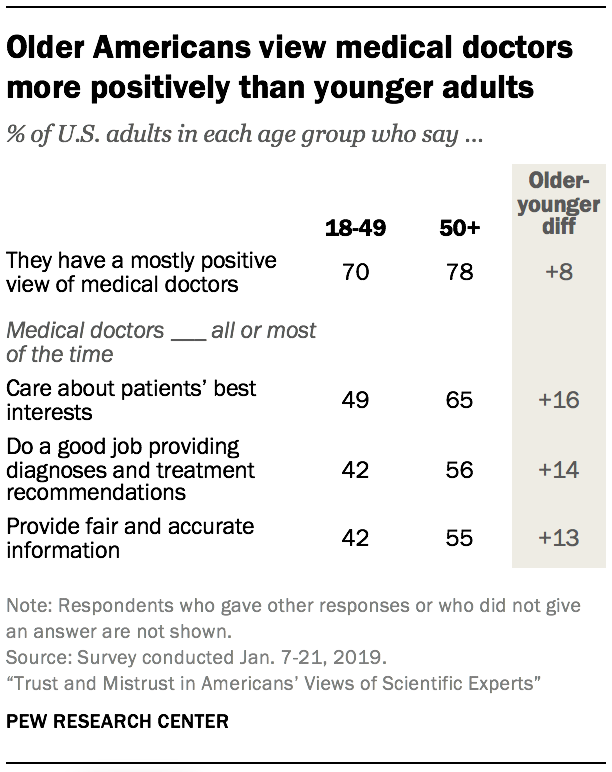 Furthermore, in the study, researchers concluded that the majority of American respondents experienced substantially high favorability toward health care providers, with as many as 87 percent noting compassion as a central outturn.

“In that survey, 63% of U.S. adults said they had seen a health care provider for an illness or medical condition within the past year,” the survey determined.

“Among those, eight-in-ten or more said their symptoms or concerns were carefully listened to (87%), their doctor really cared about their health and well-being (84%), and they got all the information they needed about their treatment or at-home care (80%).”