According to a survey conducted by the Pew Research Center, Truth Social, an alternative social media app launched by the 45th POTUS, is only known by about a quarter of the U.S. adult population, with its use mainly for non-news consumption.

About 27 percent of American adults surveyed reported knowing about Truth Social. Only 2 percent of users had used the app for news consumption. 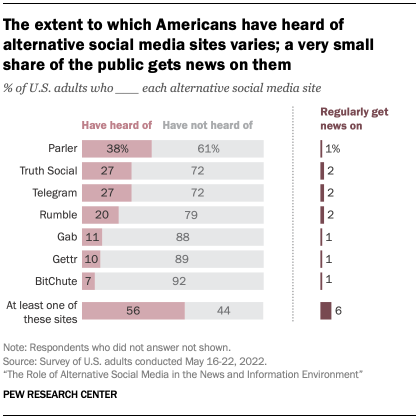 When asked about Truth Social as a platform for free speech, research showed mixed results.