A new survey by the Pew Research Center has shown mixed views of public health officials battling COVID-19 at the forefront.

According to the survey, public health officials lacked preparedness to address response swiftly and effectively to the outbreak, with their ability to respond mainly affected by elected political figures.

“About half of Americans (51%) say public health officials, such as those at the Centers for Disease Control and Prevention (CDC), have done an excellent or good job communicating with the public about the coronavirus outbreak; however, nearly as many (49%) say they have done an only fair or poor job,” wrote the authors of the Pew survey. 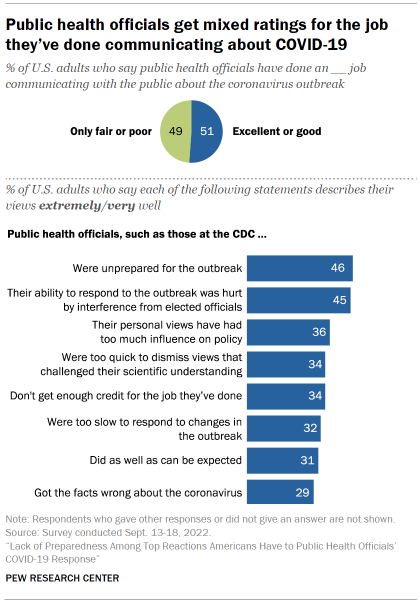 Moreover, the survey’s findings also unveiled that most Americans believe misinformation contributed to a lot of problems associated with a lack of COVID-19 response in the US.

“Americans see a range of factors as contributing to the problems the country has faced in dealing with the coronavirus pandemic,” the authors explained in their report.

Lowering blood pressure may reduce the risk of developing dementia